Izzy felt self-conscious around all of these theater majors. She was not a professional or even an aspiring professional, but she had one of the big parts. What did these kids who were studying to do this for a living think of a high school teacher taking on one of the big roles? Would they spot her as an amateur right away?

A moment later the last person arrived (an older gray-haired gentleman who was playing Izzy's father in the play) and they got started. The director, a middle-aged black man with a gray beard and bald head, stood on stage. He was broad and muscular, and he held himself with a confidence Izzy could never hope to achieve.

"Good evening," he said. His voice cut through the chatter, and the steady hum of pleasantry cut out. All eyes were on him. "I met y'all at auditions, but now I have a chance to really introduce myself and get to know you. My name is Titus Hall. I'm a landscape architect by day, but every year I look forward to directing my one show here at The Airport. I know a few of you from past shows. I was in To Kill a Mockingbird with Steve last year, but most of you are new faces. Welcome."

"I think the best thing to do before we get started is go around the table and give a brief introduction: who you are, your role, and what your day job is. That should be enough. You were all emailed a script and asked to print your own last week, but my stage manager has a few if anyone forgot theirs."

Titus gestured to a woman sitting in the front row. Izzy had only seen the back of her while walking in, but now she turned, and Izzy got her first real look at the stage manager. She had olive skin and a square facial structure with cheekbones that cut a perfect angle from eye to the outer corner of her full lips. Her bright green eyes were traced with a thick liquid line, and her warm black hair was pulled back into a sloppy ponytail. Her baggy red flannel button-down was open over a gray tank top with a low scoop neckline and the sleeves were scrunched up to show just a hint of a tattoo on her bicep.

She was absolutely breathtaking.

The stage manager stood up. "Hey," she said, in a high, raspy voice, giving a modest wave. Izzy couldn't take her eyes off this woman. There was something about her that felt supernatural, like this was a goddess among mortals. "I'm Nick Baker. I, uh, I just finished my masters in Stage Management at Alabama—"

"Roll tide," someone said, and Nick shot them a fleeting, murderous glare. Izzy thought for a moment that she might like to be murdered by this gorgeous woman.

"Anyway," she went on. "I'll be texting everyone tonight after rehearsal so you all have my phone number. Put it in your contacts. Call me if you're going to be late or can't make rehearsal. If you don't call or text and you're not here on time, I'll assume you died in ALDOT construction." A few people chuckled at that.

Introductions started around the room with Nick calling names in order of appearance in the dialog. After Duke Theseus, Hippolyta, and Egeus came Hermia. Izzy stood up and introduced herself. "My name is Izzy Rowland. I am playing Hermia. I teach World History at George S. Patton High School." Then she promptly sat down and let them get through the introductions.

As they went through every mechanical and fairy, Izzy's eyes kept drifting back to the stage manager. Women like this didn't exist in real life, did they? Izzy couldn't stop staring.
​
"Alright," Titus said after the actress playing Moth finished her introduction. She was a fifteen year old girl. This was her first play. "Let's just start with act one, scene one. We'll take a break before three-two and 'My mistress with a monster is in love.'"
Get it on Amazon 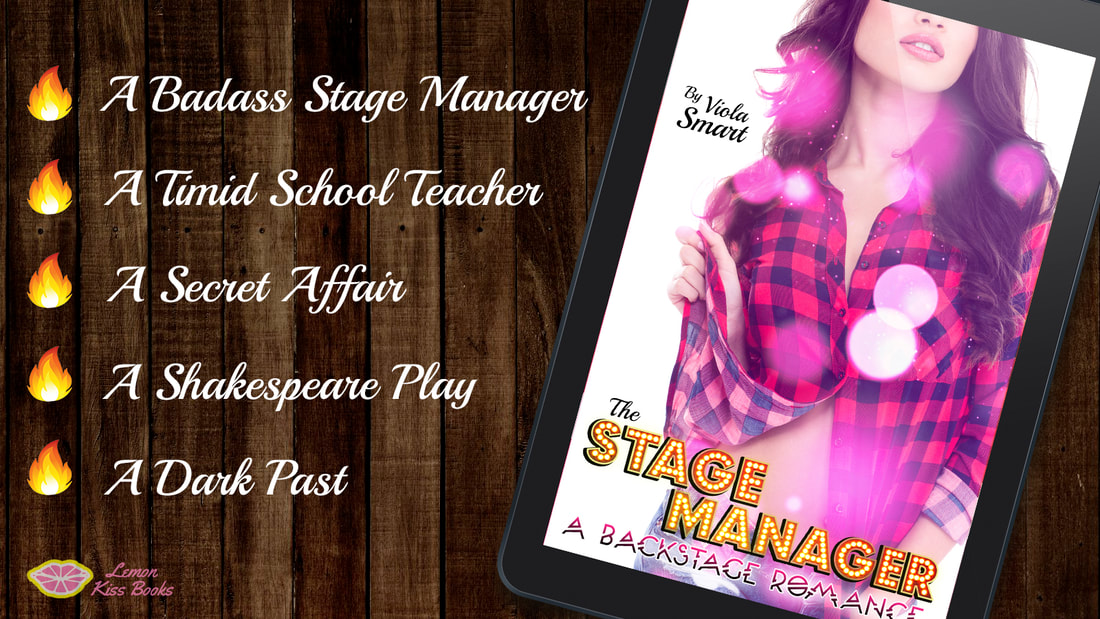 CW: This book contains triggers for sexual assault (discussed, but no graphic scenes) and homophobia.